The All Ords has Finally Surpassed the All-Time High of 6,873! 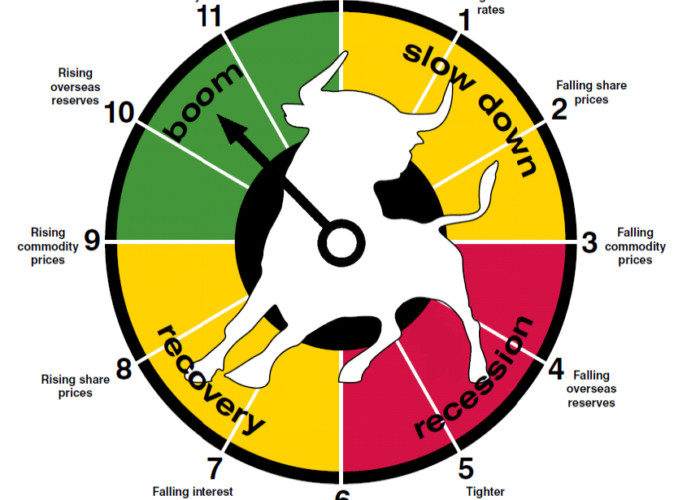 Why an Index of 7,000 a Real Possibility

What a rollercoaster ride the Australian sharemarket has been on over the past 12 months! With the All Ords peaking in August 2018 following a positive month on both Wall Street and the ASX, investors were suddenly spooked by the political turmoil in Canberra, and the All Ords lost $30 billion in one week to 23rd August. Poor sessions on Wall Street saw US shares sold off heavily ahead of the start of the earnings season, and investors in Australia locked in gains seeing the ASX drop alarmingly through October and November. From the All Ords beginning 2018 at 6,167, it peaked at 6,481 on 30th August and came to a bleak end closing the year out at 5,709 on 31st December.

Since then, the Australian sharemarket has been actively recovering from the market volatility
and unpredictability that it encountered over the past year; which suggests that I was sanguinely on point when proposing
late last year that investors should be cautiously optimistic … Read More »

Where are we in the market cycle? 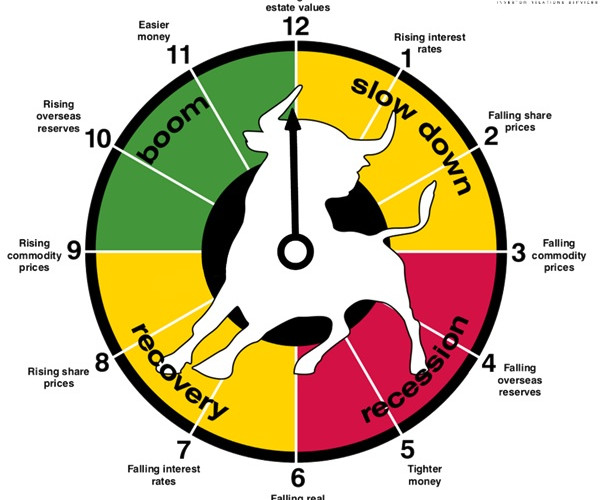 Earlier this year, Business News Australia reported that, “(b)ack in April last year, North said the All Ords would hit 6,000 points by the end of 2017. On 7th November North was proven right when the All Ords finally reached 6,000 points it had been nearly 10 years since it reached this level.”

So why did I make the prediction that the All Ords could be poised to reach 6,000 points by 2017 end?

In the 142-year history of the Australian sharemarket, after every ‘Boom’ there has been an inevitable ‘Bust’. Some of these ‘Busts’, … Read More »

Could the long awaited ‘Boom Phase’ be nigh? 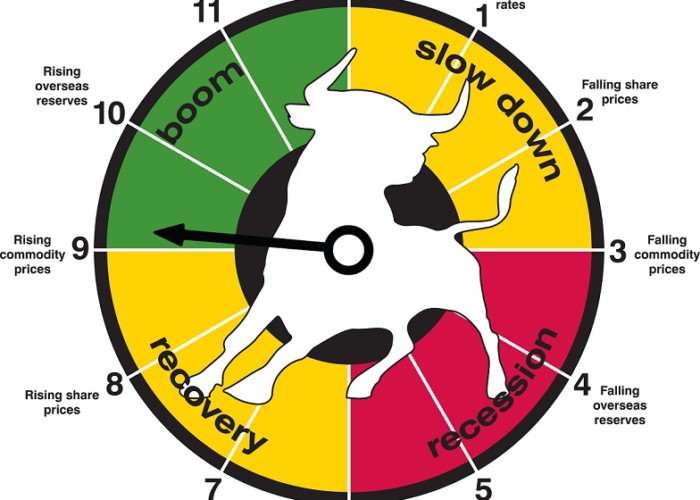 A simple guide to understanding economic and market cycles

The Australian sharemarket is putting in a consolidating performance so far in 2017, with the All Ordinaries Index sitting at 5,975 points at the time of writing. The sharemarket has a 52 week high of 5,880 with the US Dow Jones recently breaking through an all time record high of 21,000. There is much more anecdotal evidence in Australia as to why the Index now has the best chance to rise above 6,000 over the course of 2017 and then head towards and above the previous all time market high of November 2007 when it reached 6,800. 1.     If the overall sharemarket is rising and individual stocks are also showing the same trend upwards, don’t sell too early if the price and volume is increasing. See if you can work out what is making the company’s share price rise in the first place.

2.     If a share price for an individual stock is falling just because the stock is cheap and getting cheaper by the minute it may be just the reason to exit the stock and not purchase more. Average up, never down.

3.     On the downside of the market, when you are looking at individual stocks in your portfolio, it often works to apply the 10% rule. If a stock drops 10% get out. You might be able to buy back in at a much cheaper price if the fundamentals haven’t changed.

4.     Investing in managed funds can work well for many people who don’t have the individual skills, knowledge or access to information to select stocks themselves. Research who are the best managed fund performers in town over the past 5 or 10 years and leave investing to the experts.

How To Get On The Radar

How Can Mining and Resource Companies Get Onto the Radar in the Media?

What would be your recommendation on preparing a company’s communication plan?
RN: Getting early advice on the company’s communication is money well spent, the CEO needs someone to scope up a background on the management team, put together a compelling PowerPoint presentation, ensure the company speaks in a language the market can understand, and gets it messages across in the right order.

The next step is finding a balance between promoting the company and overselling it. Some CEOs tend to over-promote their company’s position and lift market expectations too high. It’s a fine line: you need to get the market excited to raise capital, but in a way that is accurate, balanced and consistent.

What relationships should CEOs be looking to build within the industry and the media?
RN: Identifying key market influencers is critical, CEOs should … Read More »

The CEO’s of listed small-cap companies are now in the box seat to get above the noise in the market during the current part of the market cycle. A further lowering of the cash rate by 25 basis points by the RBA earlier this month to 2% creates a perfect storm of opportunity. This move will propel new and existing investors into the sharemarket looking for yield and growth potential to compete against a low return on cash investments and the dreaded inflation bogey. The long period of volatile and unfavourable equity markets, experienced since 2009, is now well and truly over and has now turned into opportunity. This part of the cycle has created a renewed interest in share investment not seen since before the last sharemarket boom of 2007.

The All Ordinaries Index has the best chance in years to go through the 6,000 barrier and to ultimately surpass its all time high of 6,800 reached in November 2007. This timing is conducive for the small-cap sector of the market to be heard with some voice in the wider … Read More »

The Investment Clock – Where Are We?

Are we heading towards the Boom Phase?

The Australian sharemarket is putting in one of its best years yet with the All Ordinaries Index currently at 5,819 and looking to power up over coming months towards 6,000. Improving company earnings and another interest rate cut by the Reserve Bank to a 2% cash rate is likely to be a further trigger to send the index higher. We don’t actually reach the Boom Phase until we surpass the all time market high.

To understand the process, let’s go through one full cycle.

At 12 o’clock, it is boom time. At 1 o’clock interest rates are rising. By 2 o’clock share prices start to fall and by 3 o’clock commodity prices are decreasing as unemployment levels begin to increase. From 5 o’clock, real estate begins to feel the pinch and at 6 o’clock the country is in the grips of recession. At 7 o’clock the United States Federal Reserve and Reserve Banks around the world begin to cut interest rates to kick-start economies and by 8 o’clock share prices begin to rise. Commodity prices perk up at 9 o’clock. Between 10 o’clock and 11 o’clock … Read More »

ABOUT ATLAS PEARLS AND PERFUMES LTD
Atlas Pearls and Perfumes (“Atlas”) is an Australian based pearling and perfume business established in 1992. Atlas has earned an enviable reputation as a world leading pearl producer of “nature’s most precious gift”, the South Sea pearl, specialising in highly sought after white and silver pearls. Atlas operates pearl farms spread across the Indonesian archipelago, including Bali, Flores, and West Papua. Atlas is a fully integrated pearling business. The Company has its own high quality grading and loose pearl distribution business, a jewellery manufacturing capability and sells direct to customers through wholesale partners and via its retail outlets. In 2012, the Company expanded its operations into perfumes and is currently developing a range of propriety products which include pearl powder (cosmetics and nutraceuticals), pearl proteins (cosmetics), pearl volatiles and boronia (perfumes) for supply into the global luxury supply chain.